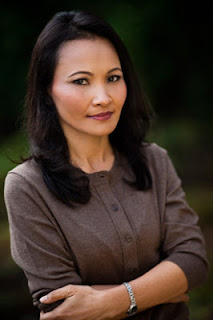 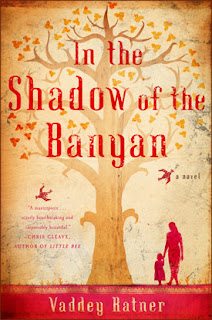 “Full of beauty, even joy. . . What is remarkable, and honorable, here is the absence of anger, and the capacity—seemingly infinite—for empathy.”
—Ligaya Mishan, New York Times Book Review

“The humanity. . . shines through. . . in the author’s depiction of a pure, unbroken love between daughter and father and in Ms. Ratner’s portraits of the human will to survive.”
—Howard French, The Wall Street Journal

A Little Background on Ratner:

“Vaddey Ratner was five years old when the Khmer Rouge came to power in 1975. After four years, having endured forced labor, starvation, and near execution, she and her mother escaped while many of her family members perished. In 1981, she arrived in the U.S. as a refugee not knowing English and, in 1990, went on to graduate as her high school class valedictorian. She is a summa cum laude graduate of Cornell University, where she specialized in Southeast Asian history and literature. In recent years she traveled and lived in Cambodia and Southeast Asia, writing and researching, which culminated in her debut novel, In the Shadow of the Banyan. The New York Times bestselling novel is being translated into fifteen languages, including Spanish, French, Italian, German, and Japanese. Vaddey lives in Potomac, Maryland.”

Looking for a fabulous Toni Morrison event to attend? This is it. Edwidge Danticat, Karla Holloway, and others in conversation. Wednesday Aug 5, 6 to 8 pm. Registration details for this free zoom webinar in the link. tonimorrisonsociety.org #gwu #english #reading @gwuniversity @gwucolumbian Share on FacebookTweet

You are cordially invited to the book launch event in celebration of  “Race” (Routledge New Critical Idiom series). The book will be released on February 2, 2019. Pre-order here: https://www.amazon.com/Race-Critical-Idiom-Martin-Orkin-dp-1138904694/dp/1138904694/ref=mt_paperback?_encoding=UTF8&me=&qid=   A light dinner reception will be from 5:30 – 6:00 PM, with food available on a first come, first serve basis. This event is open to the…

The GWU English Department & The Jenny McKean Moore Reading Series invite you to a reading by Scott Simon. NPR’s Scott Simon The event will be held:  Thursday, October 29th  7:30 PM  Gelman Library Room 702 Scott Simon is known as a broadcast journalist.  He is, after all, the award-winning host of NPR’s Weekend Edition…

Still from Floating Skyscrapers (2013), Tomasz Wasilewski, dir. Professor Robert McRuer taught two courses in the interdisciplinary field of LGBT studies this fall, and students in both classes will be coming together on Saturday, December 9, to present their work-in-progress.  Students from both “Transnational Queer Film Studies and LGBTQ Cultures” (English 3980W) and “Intro to LGBT Studies”…