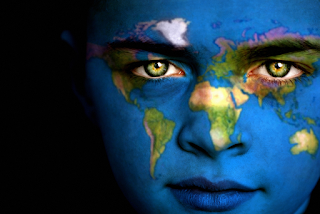 In Professor Alexa Alice Joubin‘s recent op-ed, she championed the value of the humanities in a globalized world.

The world needs good question askers as much as it needs good problem solvers. Before solving problems, we need to first identify the problems.

Great stories are often strangers at home. The best of them defamiliarize banal experiences and everyday utterances while offering something recognizable through a new language and form.

And stories, like people, travel far and wide. They can connect us to other times and places. When Shakespeare’s plays move through different cultures, they reveal unexamined assumptions about human nature and tell surprising stories about globalization. Take, for example, a slice from Hamlet’s inquisitive mind: “To be or not to be, that is the question.” The versatile verb “to be” is as ambiguous in English as it is in many other languages. It has been translated into Russian, German, and Arabic as “to do,” “to die,” and “to have” (but to have, or not to have, what!?). Translating this speech into Japanese will require substantial rewriting, because Japanese does not have the verb “to be” without semantic contexts. Working with Japanese, a language more complex than English from a sociolinguistic point of view, a translator would have to wrestle with more than 20 first- and second-person pronouns to maintain the ambiguity.

Literary ambiguity is our friend. The ambiguity is a welcome gift for the uninhibited mind, for it has been an ally of oppressed peoples in the Soviet Union, Tibet, South Africa, Poland, and elsewhere. Literary ambiguity allowed theatre makers and audiences to express themselves under censorship. When ambiguity is deliberately eradicated, when only one version of a story is permissible, when things are painted black and white, it is usually during a dark moment of history: the Holocaust, the Cultural Revolution, lynching, the Scottsboro boys incident in the post-Reconstruction South of the Unites States. When history is held hostage by politics, when human rights are violated, the humanities help restore dignity to what it means to be human.

Works translated into foreign languages, such as the case of Hamlet, compel us to rethink what we assume to be familiar about our own culture. The humanities in a global context enrich our mind as we pause to ask some fundamental questions. To be whom? To do what?

As my students at George Washington University tell me, the humanities and especially imaginary literature helps them put human faces on globalization. There are social implications of the fact that today’s college students improve their understanding of globalization through the humanities. There are clear benefits to being able to relate to international trade partners and strategic allies on a human level with compassion and not treat them as statistics. Knowledge of cultural globalization can help us avoid cultural imposition and move towards cultural sharing and building common ground. Story-telling helps us understand the human condition in different contexts.

Recent history has shown that the humanities are greater than the sum of its parts. An eccentric topic for an obsessed researcher may not seem to matter in light of national security or to the general public until we are caught off guard in a crisis when, as in the wake of the Tian’anmen Square Massacre, the global pandemic of COVID-19, and the 2021 U.S. Capitol riot, we are pressed to learn about who we are, how to come to terms with atrocities, where we as a nation are headed, and why. There will be no national security without an in-depth understanding of our own culture and the cultures of others. In this context, the humanities are not a luxury; they are the very foundation on which meaningful lives are built. Skills in critical thinking, civil debate, and understanding narratives are vital to the values of liberty and social equality, and a democratic society founded upon the government’s accountability and rational citizen participation. This is why public support for the humanities should be crucial.

Over the past few years, it has been both challenging and rewarding to teach Shakespeare and globalization in downtown Washington, D.C., three blocks from the White House. The nation’s capital attracts international and local students alike. The American nation was founded upon basic principles of humanistic thought, including the concepts of justice and universal humanity. Capitol Hill is a proud host to institutions that foster these ideas, including the Supreme Court, the Folger Shakespeare Library, and the Library of Congress, the oldest federal cultural institution. America clearly values humanities thought: its Library of Congress is the largest library in the world. Today its collection includes over 155 million books and a vast collection of photographs, sheet music, sound recordings, and films on over 838 miles of shelves. The library provides a record of how people lived and expressed themselves in daily life and through the arts.

Shakespeare has helped shape powerful thinkers around the world, including the founding fathers of the United States. Thomas Jefferson kept a commonplace book that featured Shakespearean passages. Abraham Lincoln could recite soliloquies from Richard III. Imaginative literature, in this context, has the power to move the world.

In our age of globalization, understanding other peoples’ stories means the difference between being a window shopper and being an informed decision maker in international arenas. Here are two inspiring stories of Shakespeare in South Africa and in China.

A smuggled copy of The Complete Works of Shakespeare inspired Nelson Mandela while he was in the Robben Island jail. The South African prisoners there signed their names next to passages that were important to them. The passage Mandela chose on December 16, 1977, was from Julius Caesar, just before the Roman statesman leaves for the senate on the Ides of March in act 2, scene 2:

Cowards die many times before their deaths;
The valiant never taste of death but once.
Of all the wonders that I yet have heard.
It seems to me most strange that men should fear;
Seeing that death, a necessary end,
Will come when it will come.

These lines taught Mandela how to dream and how to rise from the ashes. Through imaginative literature, we, like Jefferson, Lincoln, and Mandela, are able to rehearse multiple scenarios and histories without having to endure the costly consequences of going to war or taking one’s own life in a political prison. The humanities can show us the future of the history we are making.

We are defined by stories we tell. At the same time, stories liberate us from the prison house of a relatively short life span in the infinite universe. Great stories can also give us courage, insight, and vision. In one of my classes, I discuss with my students the impact of the joint project of the National Endowment for the Arts and the Department of Defense to tour the Alabama Shakespeare Festival’s production of Macbeth to thirteen U.S. military bases in 2004. What does it mean to read Shakespeare through peace and war?

Wu Ningkun has a moving story to tell. The mainland Chinese intellectual returned from the University of Chicago to join Mao Zedong’s New China in 1951. A decade later, he was sent to reform himself in a labor camp during the Chinese Cultural Revolution because of his alleged association with the capitalist West. Although he was under close surveillance, he still managed to smuggle a copy of Hamlet into the camp to read whenever “the prisoners had to spend the day cooped up in a cell when a blinding blizzard blew from Siberia” in northeastern China. Of this experience, he later wrote in his memoir A Single Tear: A Family’s Persecution, Love, and Endurance in Communist China:

Hamlet was my favorite Shakespeare play. Read in a Chinese labor camp, however, the tragedy of the Danish prince took on unexpected dimensions. . . . The Ghost thundered with a terrible chorus of a million victims of proletarian dictatorship. The real question I came to see was neither “to be, or not to be,” nor whether “in the mind to suffer the slings and arrows of outrageous fortune,” but how to be worthy of one’s suffering.

It is interesting to note what Wu elides from the Hamlet quote: “or to take arms against a sea of troubles and by opposing end them.” On the one hand, it could mean that he wishes to counter the unfortunate condition of Cultural Revolution by not taking on a Hamlet-like passivity. On the other hand, it could imply that Wu seeks justice on a more transcendent level and is not seeking revenge upon those who unjustly imprisoned him. Shakespeare helped Wu survive in the labor camp, and reading Wu’s story helps us understand a crucial moment in the making of post-Mao China as the nation emerged from the Cultural Revolution.

Thinkers and leaders such as Lincoln, Mandela, and Wu have drawn inspiration from their reading and built stronger, interconnected communities through the humanities.

The world needs good question askers as much as it needs good problem solvers. Before solving problems, we need to first identify the problems. Thoughtful and engaged citizens are the foundation of a democratic, civil society. The humanities enrich the creativity of the business world, enhance the adaptability of workforces, and promote crucial cross-cultural understanding.

GW English Professor Ayanna Thompson The New York Times recently reported on Play On! a project sponsored by the Oregon Shakespeare Festival asking 36 playwrights from diverse backgrounds to translate the language of William Shakespeare into contemporary modern English.  Our own Professor Ayanna Thompson was one of the dramaturges for the project, working with playwright Mfoniso…

Professor Antonio López appears in the latest edition of “The Chronicle Review” for The Chronicle of Higher Education, reflecting on a number of recent scholarly publications on Cuba and race, focused especially on the situation of Afro-Cubans.  Readers of this blog are already well-acquainted with Professor López’s work in the field, as his own eagerly-awaited…

One Book. One City. One Good Read.  That is how DC Reads, a DC Public Library literacy program that promotes reading for pleasure by having citywide celebrations for teens and adults that focus on one book, opens its description of this year’s selection.  Each year a new book is selected by a public nomination process.  This…