Professor Daniel DeWispelare Publishes First Book, Multilingual Subjects: On Standard English, Its Speakers, and Others in the Long Eighteenth Century
I had the pleasure of interviewing Daniel about his new book and we had an engaging and edifying conversation about the process of creating this now-tangible text: 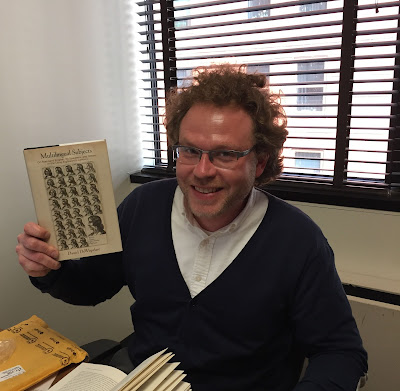 Congratulations on the publication of your first book, Multilingual Subjects: On Standard English, Its Speakers, and Others in the Long Eighteenth Century! I know this has been a culmination of years’ worth of work for you. How does it feel? How did this book shift and change from its nascent form to the physical object you’re currently holding in your hands?

It really feels fantastic and like a new chapter for me.  I was thinking about this the other day, and I realized that I’ve really been working on this project in some form or another since about 2008. Some of the material comes out of my doctoral dissertation, which seems so distant.  But, it does happen that in this book there are snatches of prose that I wrote in 2009, and there are snatches that I wrote in January of this year when I was reviewing the final proofs. The academic publishing cycle is so long that it complicates the question.  I actually first sent out a proposal when I had already written about 95% of this book.  That was in September of 2015, so it’s been about a year and a half since I first started working with the press.  The book is now an object, and I love seeing it.

Multilingual Subjects is available via the University of Pennsylvania Press 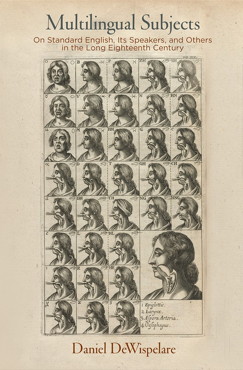 JMM Writer-in-Washington Kseniya Melnik Photo Credit: Morgan Demeter The Jenny McKean Moore Fund was established in honor of the late Jenny Moore, who was a playwrighting student at GW and who left in trust a fund that has, for almost forty years, encouraged the teaching and study of Creative Writing in the English Department, allowing us to…

…. to Magali Armillas-Tiseyra (BA ’05), who is completing a PhD in Comparative Literature at New York University. Magali just landed a position as assistant professor at the University of Mississippi. English alumna Magai Armallis-Tiseyra will be joining the faculty at the Univ. of Mississippi … to Prof. Holly Dugan, whose recent book The Ephemeral…

Congratulations to English Professor Daniel DeWispelare and PhD Candidate Vicki Barnett Woods, who have both won awards for excellence within the Writing In the Disciplines program! They will be recognized for their accomplishments in the university-wide Faculty Honors Ceremony, on April 20th at 4:00 pm in the Jack Morton Auditorium, and will receive a…