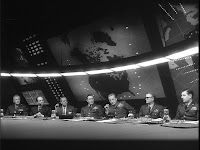 There exists a clause in the bylaws of the Columbian College of Arts & Sciences that the selection of any new faculty member, visiting or otherwise, must be slow and difficult. I can testify that such was the case for the selection of Edward P. Jones. Faculty deliberated in the English Department war room. The superiority of Strunk over White was debated. The aggregate weight (kg) of Nobel laureates was compared to that of Pulitzer winners. Much shaking of fists, wringing of hands, and pointing of fingers occurred. Other less appropriate hand gestures were witnessed. In a moment of inspired malice, candidates for the professorship were eliminated based on their use of the Oxford comma. To decide between the final candidates, a Google Book Search was conducted. Edward P. Jones emerged victorious.

On the day they saw Hope and the mule in the rain, that child, Wilson, had been a year and some months in Washington, DC, at the medical school of George Washington University. Wilson had learned a great deal at that university, and his mind would have contained even more but well into his second year the cadavers began to talk to Wilson, and what they said made far more sense than what his professors were saying. The professors, being gods, did not like to share their heaven with anyone, dead or alive, and they sent the young man home in the middle of his second year. – The Known World, Page 343

For the record, the medical school was put on probation for having an excess of loquacious cadavers, not because it has too many self-righteous professors. Every university has too many of those.

With the class of 2009 now safely out of GW’s hallowed (and under construction) halls, now is the perfect time to provide departing English majors with reassurance in the form of another Featured Alumnus blog post. Our subject this week is Mark Olshaker, a 1972 graduate of the GW English Department. As you’ll find, Mr….

Naglaa Mahmoud in a very DC shot. Can you spy the cherry blossoms in the distance? Occasionally the English department has the opportunity to host visiting students or scholars who come to DC to take advantage of the resources at GW and in the city at large. Naglaa Mahmoud, a visiting student from Al Minya…

Stepping into Gregory Pardlo’s office is an odd, but charming combination of thrift store and art museum. Picasso adorns the wall as well as a salvaged window screen from Brooklyn. They are not just mere decorations, but help to explain some the fundamentals of GW’s newest creative writing professor. For Pardlo is not just a…

We know that at this time of year many of our readers consider which organizations to support through their philanthropy. We hope that you will consider making an end of the year gift to the GW English Department … and we would like to think that the liveliness of this blog has made evident to…

Menachem Wecker’s account of the inaugural GW English Distinguished Lecture in Literary and Cultural Studies: Gas Chambers and the Metro Lecture series opens with contrast of spaces for “worthy” and “unworthy” citizens by disability studies pioneer and author Rosemarie Garland-Thomson. By Menachem Wecker Although Washingtonians often love to hate the Metro, they do not compare…