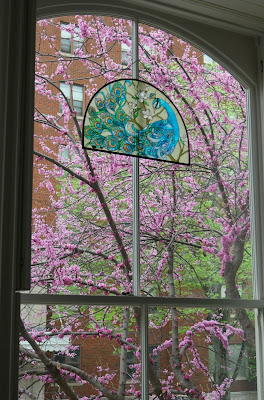 On a sunny and beautiful evening on Wednesday, April 5th, faculty, friends, and students gathered at the F Street House for a beautiful reception, celebrating the 40th anniversary of the Jenny McKean Moore fund, hosted by GW President Steven Knapp and his wife, Diane. The event drew many whose lives’ have been touched by the program, including former JMM fellows from years past.  Former fellows in attendance included Molly McCloskey, Richard McCann, Susan Shreve, and faculty member Jane Shore. Guests enjoyed a beautiful spread of food and refreshments, lively conversation, and generous hospitality.
The History of the Jenny McKean Moore Writer-In Washington Fellowship:
The late Jenny Moore, a playwriting student at the George Washington University, left in trust a fund to encourage creative writing. Thanks to this fund, the English Department is able to bring an established poet, novelist, or creative nonfiction writer to campus each year to teach a writing workshop for GW students and a free community workshop for adults in the larger Washington community. The fund also supports the Jenny McKean Moore reading series.
Since 1976, forty-one writers have held the position of the Jenny McKean Moore Writer in Washington, including Lucille Clifton, Amiri Baraka, Tilar Mazzeo, and Brando Skyhorse.  Next year’s fellow is poet Sally Wen Mao.
Collectively, these individuals have achieved an incredible body of accomplishments, including:
-Published over two hundred book-length works of poetry, fiction, non-fiction, and drama.
-Received Multiple awards from PEN, the Poetry Society of America, and the Academy of American Poets
-Fellowships from the Guggenheim Foundation, the National Endowment for the Arts, the Radcliffe Institute, and the Rockefeller Foundation
-Served as the Poets Laureate of the states of Alaska, California, Maryland, and  New Jersey
-Received the highest honors in their field, including:
•     The National Book Award
•    The Ruth Lilly Poetry Prize
•     The Robert Frost Medal for Lifetime Achievement from the Poetry Society of America
•     The Commonwealth Writers’ Prize for Best First Book
•     The Coretta Scott King Award for Children’s Literature
•     The Emmy Award
•     The Flannery O’Connor Award for Short Fiction
•     The Grub Street Prize
•     The Hispanic Heritage Award in Literature
•     The Hurston/Wright Legacy Award for Debut Fiction
•     The Lambda Literary Award
•    The Lannan Literary Award
•     The Obie Award
•     The PEN/Hemingway Award
•     The Sue Kaufman Prize for First Fiction
Melinda Moustakis, author of Bear Down, Bear North: Alaska Stories, and the current Jenny McKean Moore Writer-In-Washington Fellow, read from her collection. After completing this fellowship, she will spend time at the New York Public Library as a 2017-2018 Cullman Fellow. 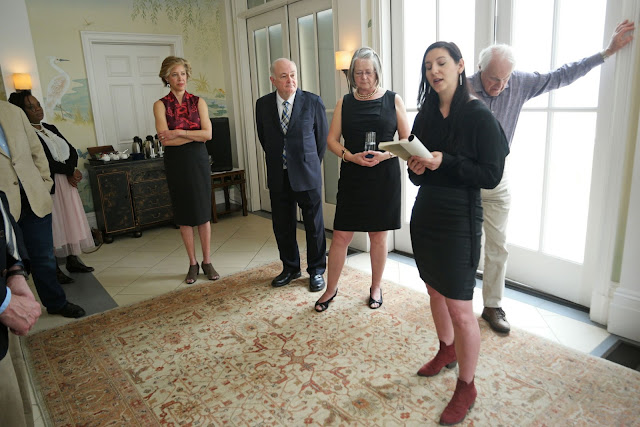 JMM Founder Faye Moskowitz and Creative Writing Director Lisa Page gave a moving series of remarks that testified to the excellence of both the Jenny McKean Moore program as a whole, and also the incredible visiting scholars that it has attracted to GW throughout the years. 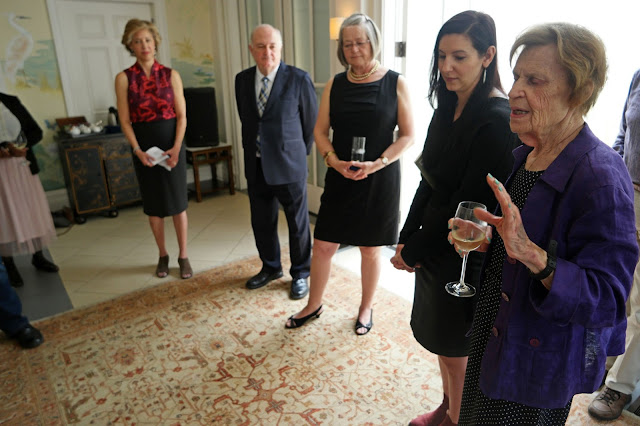 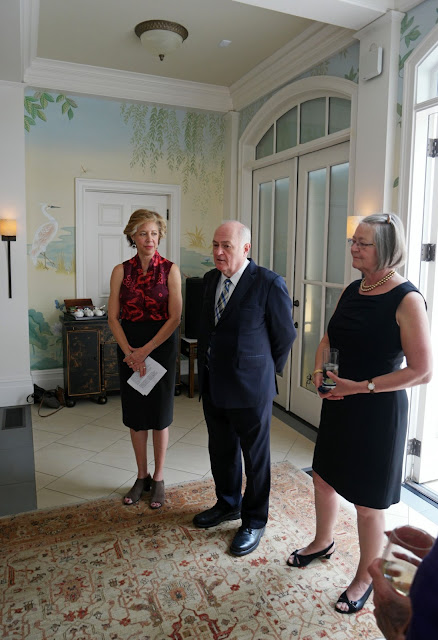 In Professor Alexa Alice Joubin‘s recent op-ed, she championed the value of the humanities in a globalized world. The world needs good question askers as much as it needs good problem solvers. Before solving problems, we need to first identify the problems.  Great stories are often strangers at home. The best of them defamiliarize banal…

Waimea community mural depicting first Poynesian explorers coming to Kaua’i. Photo: Sharon Snyder As Fall Semester 2014 is about to kick off, GW English is happy to revive its “On the Road” series, which keeps you apprised of faculty research and exploration around the world.  We kick off the series this year with a posting…

I was hired as an assistant professor by the George Washington University in 1994, and have been happy to be a part of the English department from the very first day. Now as a full professor and new chair, I am daily filled with wonder at the excellence of our undergraduate students, at the vigor…