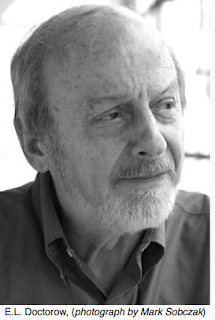 Prof. Faye Moskowitz has just announced the roster of acclaimed Jewish writers set to visit GW as part of next spring’s Jewish Literature Live (listed as ENGL 3970; old ENGL 188: Jewish American Literature). As of this writing, there are still a few spaces left, but sign up soon!

Jewish Literature Live is a unique course, in which students read and discuss the works of living writers, from established names to up-and-comers, and then have these writers come to visit their classes. Generously funded by GW alumnus and Trustee David Bruce Smith, Jewish Literature Live is now in its third year, and has begun to garner a national reputation for giving writers an opportunity to present and discuss their work with informed and lively student-readers. In addition to class visits, the JLL authors do a free public reading, either on campus at the Marvin Center or at the DC Jewish Community Center at 16th and Q Street NW. Among last year’s participants was Howard Jacobson, who won the 2010 Booker Prize, and Ariel Sabar, who is currently teaching ENGL 81 in the English Department.

Here is the stellar line-up for the spring:

Kirsch is a frequent reviewer for the New York Times, The New Republic, Utne Reader and Slate. He is author of Benjamin Disraeli (Jewish Encounters), The Modern Element: Essays on Contemporary Poetry. He is also the author of two collections of poetry.
Gary Shteyngart

The acclaimed author of three novels, including Absurdistan and this year’s Super Sad True Love Story, Shteyngart was also featured in The New Yorker magazine’s recent “20 under 40” list of extraordinary young writers.

Stern is the prize-winning author of several books about “The Pinch,” the old Jewish section of

Goodman is the author of 7 books, the most recent of which is The Cookbook Collector. The JLL class will read The Family Markovitz.

E.L. Doctorow is an American author of great distinction. His novel Ragtime has been called one of the hundred best novels of the 20th century. His works have been translated into more than 30 languages. He is the recipient of awards including the National Humanities Medal, the National Book Critics Circle Award, the National Book Award, and the PEN/Faulkner award. The class will read The Book of Daniel.

A fiction writer, Krasikov, who was born in the Ukraine, is winner of the $100,000 Sammy Rohr Prize for Emerging Jewish Writers. The class will read her prize-winning collection One More Year.

GW’s inaugural British Council Writer in Residence Nadeem Aslam’s newest novel, The Wasted Vigil has just been released. Mr. Aslam read from the novel at the numerous events that the English department hosted to celebrate his residency, and I, like many of those I talked to, was greatly impressed by his reading of the first…

From Mary Tabor‘s Intermediate Fiction 103 class comes this modular story from junior Sarah Krouse. (W)hole She had knitted a baby blanket for a child that was not her own. In the bottom right corner of her meticulously crafted yarn tapestry was an “L.” She could be a part of this. She bought her 1100…

In the Washington City Paper blog Mark Athitakis writes: As you may have heard, some smart guy who helps give out the Nobel Prize in literature recently said that Americans are simply too “insular” and possessed of a restricting “ignorance” to produce great writing. So we have much to learn from the arrival of Suhayl…

The Judaic Studies Program at GW is pleased to announce that it will give awards of up to $2,000 each to 3 undergraduate students for travel to Israel in the 2008-09 academic year due to a generous grant from the Gudelsky Foundation. The awards will be given to students who demonstrate that travel to Israel…

We know it’s early to be advertising this, but why not place the date on your calendar now? Edward P. Jones, the first Wang Visiting Professor in Contemporary English Literature, will give his inaugural reading on Thursday January 29 2009 in the Jack Morton Auditorium (School of Media and Public Affairs, 805 21st Street NW)….