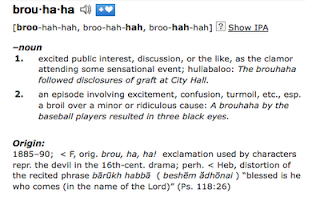 It’s not often that a work of American literature makes the “Trending Topics” newsfeed at Twitter, but as of this writing, “Huckleberry Finn” is one of the most tweeted phrases online.

You can read what some members of the GW English Department, myself included, had to say about the recent news that a forthcoming edition of Mark Twain’s novel expurgates all 219 instances of the “n”-word in favor of “slave.” (Why are GW professors so cited in the DC based DailyCaller blog post? Apparently because we are the only ones who answer our emails during winter break!)

The expurgated “Huckleberry Finn” is a phenomenally bad idea and an easy target. Still, as Prof. Kim Moreland points out in the DailyCaller blog post, there is clearly a need for a conversation about how secondary school educators might approach a text such as Twain’s.

This sounds like a great topic for a service-learning course for some enterprising GWU English students. Read and research 19th-century literature, including “Huckleberry Finn” and works by African American contemporaries of Twain’s, and come up with pedadogical method(s) for teaching about race, racism, and language?

English major Joe Mancinik with Prof. Toni Morrison Prior to her appearance at Lisner Auditorium Wednesday night, our English Department blogger Joe Mancinik, along with a few other lucky English majors, sat down for a dinner and conversation with legendary writer, teacher, and intellectual Toni Morrison. This piece is about the experience. She speaks softly,…

If you were sentient last week, you might have noticed the major media storm generated by the release of Yale Law Professor Amy Chua’s book Hymn of the Tiger Mother. It has been excerpted, dissected, talked about, blogged about, and contested, and has pushed Asian American families (or at least one construct of them) into…

Professor Evelyn Schreiber and Undergraduate Nicole Welsh attended the Fifth Biennial Conference of the Toni Morrison Society this past summer. The event, which was hosted from July 24th-27th, took place in Charleston, South Carolina, which is an important site of the American slave trade. At this conference, Nicole presented a paper entitled “Can the Center…

Alumna Beth Lattin (’08) has a piece in Forbes about graduate school, debt, and planning for the future in uncertain economic times. Check it out! Share on FacebookTweet